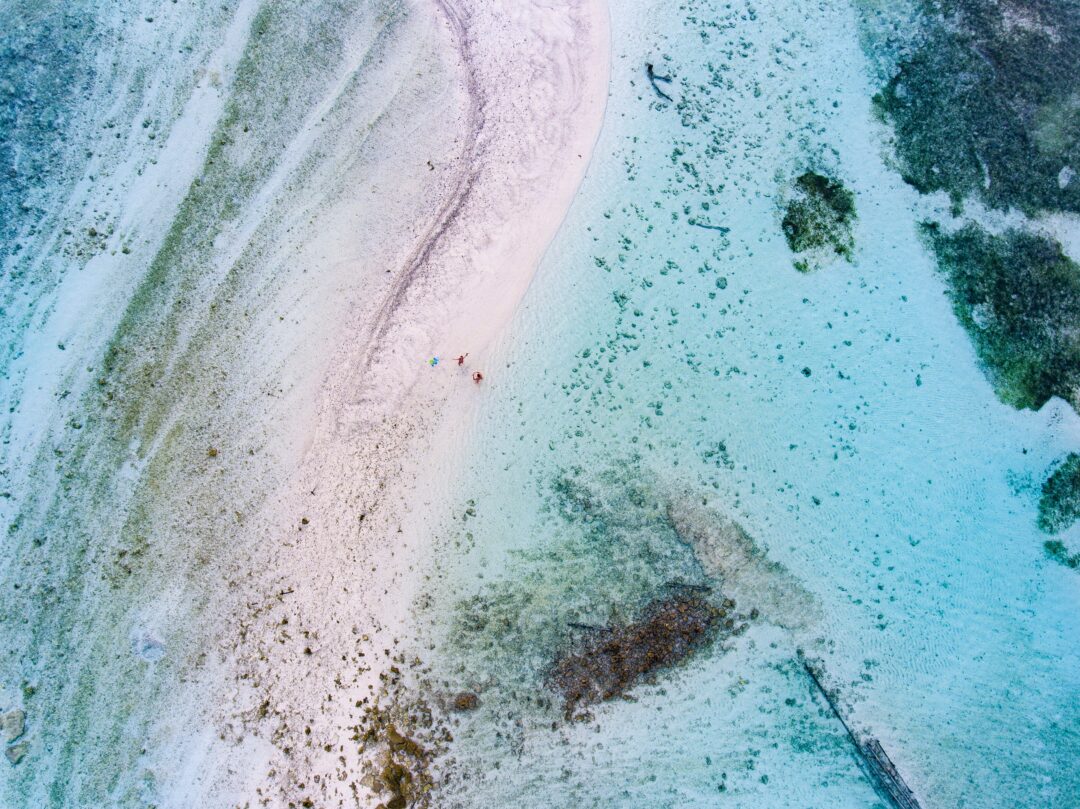 My previous post was an attempt to explain to non-techies why the Excelero vision is so ground-breaking. I described how we designed a storage architecture that avoids the storage controller bottleneck problem by using distributed algorithms. It was an interesting exercise albeit one of the most challenging in this job.

For this new post, I want to take a different approach and take a deeper dive into the Excelero technology and our product NVMesh. While I still want to keep things simple, I will have to increase the difficulty level just a notch.

So what is Excelero’s NVMesh?

The NVMesh storage architecture mainly consists of two software modules: clients and targets. A client is a server that runs an application and generates read and write requests. The target is a server with storage, typically flash devices. NVMsh abstracts those flash devices into a single pool, from which “virtual disks” can be allocated (block volumes).

What’s really cool about NVMesh is that these “virtual disks” are consumed by the applications as if it were local storage: the operating system (OS) of the client is tricked into behaving as if each virtual disk is attached locally. This way, just any application is compatible with NVMesh.

So what? Why is this so hard to build?

In a storage infrastructure powered by NVMesh, both clients and targets run on many servers, spread across the network. Some servers can be just targets, some are just clients, others (often most) are both.

If all the modules could see a consistent (identical) structure of the network, creating and managing a pool of disks would be easy. The challenge, however, with using a distributed algorithm over the network is that there is no single network topology. Each server sees a different picture.

Let me explain how Excelero solves this with a few more examples:

Disagreement of 3 servers in the network: Server A and B cannot communicate. A thinks that server B is dead, because it does not answer A’s request, while B thinks A is dead. Server C may know that they are both alive, but disconnected from each other. Each server has a different point of view on the network (sees a different topology) and those views are inconsistent with each other.

This is a very usual issue with distributed algorithms. We call this a “split brain” scenario: two or more agents of the distributed algorithms engage in mutually inconsistent behavior. Once split brain occurs, getting data corruptions is almost inevitable. This problem does not occur in systems with a centralized traffic controller because they have a single point of view on the network (but with limited scalability and performance as a result).

Client A is connected to both disks (D1 & D2), while client B is disconnected from disk 2. Both clients want to edit, i.e read and write, the same document, and both want it to be backed-up if possible, i.e. written on both disks, so in case one disk dies the file is not lost. 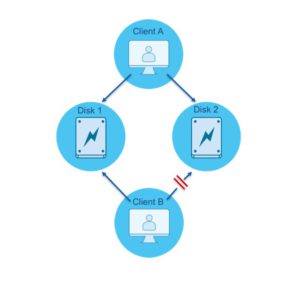 This is a severe error which in general leads to a lost file, corrupted documents and other such hazards. This corruption occurred, because in distributed algorithms each node has a distinct point of view and there is no consensus of how the network looks. Moreover, because there is no traffic controller, and clients do not communicate with each other directly, no one can detect that such corruption occurred. When a client writes data to a disk, no one except this client knows that data was written.

Excelero’s solution implements smart algorithms to avoid data corruptions, split brains, etc, without enlisting a traffic controller, nor any centralized mechanism. This is done by running a protocol that all clients cooperate on. Making this protocol robust, especially when disks fail or networks get disrupted, is the hard part.